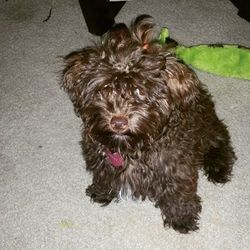 This is Mocha & as you can see she is a chocolate diva!!  She is a full sister to Eli and she was the tiniest in the litter!  Her deep chocolate color drew lots of attention and many people wanted her but she was taken by the person who had first pick!! She is happily residing in Idaho!! 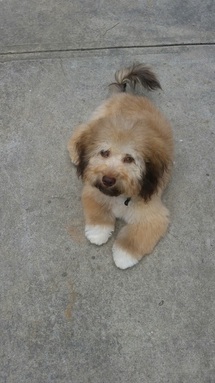 Oh my goodness~I fell in love with Eli!  He was from our 'E' litter and the family graciously kept his name.  Eli was a red sable w/chocolate pigment...he had a different look.  Eli was the largest in the litter. He was double the size of his siblings yet he was theeee most docile, loving puppy I've had here at Highborn. I missed him when he left....I miss him still! 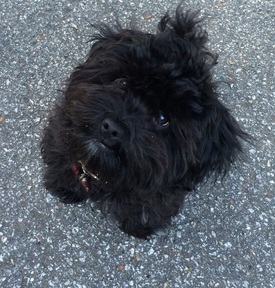 This is Bear. Bear is the shiniest black pup I've ever seen!  He was one of the most loving pups we had in this litter. Very intelligent, always trying to figure out things...whether attacking his siblings or trying to escape.  Bear went to a home here in Ga where the family already owned a Havanese so Bear had a brother waiting for him. Life is good! 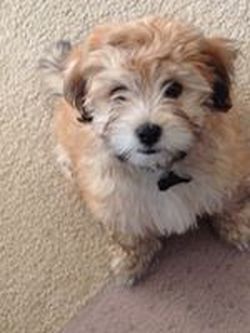 This is Vegas. Vegas is a sable Havanese. If you haven't read about the 'Sable' gene in Havanese, you should. His coloring is very attractive. In this picture his coloring has already changed so much from when he was born. He is beautiful and was my daughters very favorite! Vegas's mom called every day to check on him while he was still being weaned. He is living the high life right here in Georgia!! 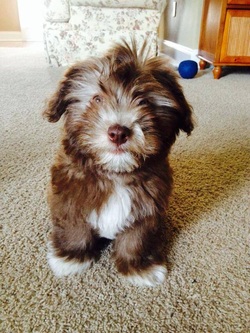 This is Koda.  Koda was the puppy that made things happen in the litters. He was always the one getting everyone stirred up.  He has a wonderful,outgoing personality. Very curious and never fearful...very intelligent.  Koda lives here in Georgia where he continues to thrive with a wonderful family of two children who dote on him! 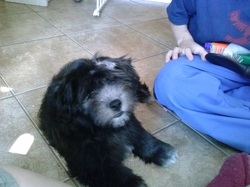 This is Caesar.  Caesar was born in the parking lot of my vet's clinic. The X~Ray only showed 2 pups and we thought Angel was done when all of a sudden....a third pup arrived!  Caesar was laid back and easy going boy...jet black when he was born, you can see how his face has lightened which can be indicative of this breed.  Caesar resides right here in Georgia where he is surrounded by a family of four children! 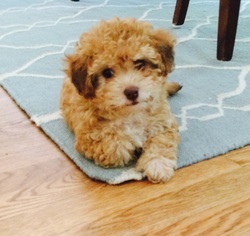 This is LuLu.  She is a full sister to Chewie. LuLu was the only girl and the tiniest of the bunch.  She was a feisty one and smart. She resides in Virginia 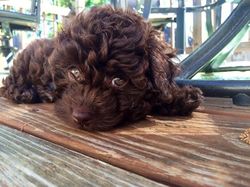 This is Chewie. He was the shyest and quietest of the boys with a very sweet personality.  He has a great life with a new Havanese brother (Louie) born on the same day. Chewie is spoiled by a family with two teenage girls in Arkansas!!

This was Bethany. She was the sweetest most docile in this litter. She would have been easy to keep. She is now known as Bailey and resides right here in Georgia! 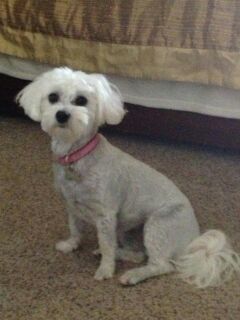 This was BriAnna. Bri for short. Bri looked so much like her chocolate sable sister Addie from the 2010 litter, we didn't realize that Bri was in fact a HavanaBrown.  Bri is now ThelmaLou (T.L) and is residing in Arkansas
This was Benjamin from our 2011 litter. He is now living with a fantastic family in Richmond Hill, near Savanah. Ben was a smart puppy, very eager to please and easy to housebreak. He was hard to let go! He is now known as Bandit
This is Badit with his new brother Harley (Black Russian Terrier) 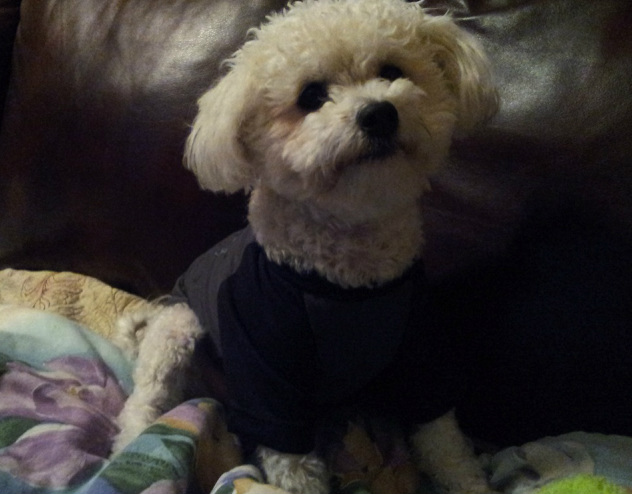 Bandit in his pj's

This was Asa from our October 2010 litter.  He is living a great life in Philadelphia, Pa! He has lost his golden coloring but is still cute as a button! He is now known as Zoey 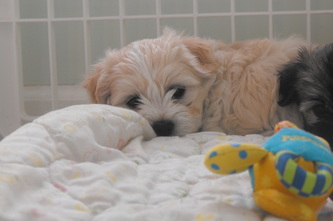 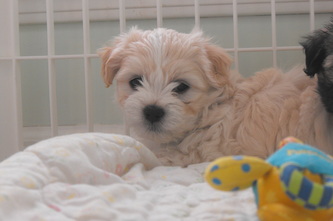 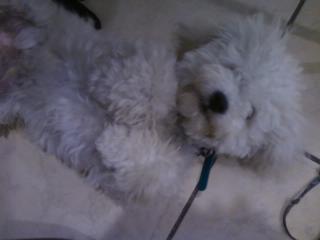 Asa-Now known as Zoey from our 2010 litter
This was Abby from our October 2010 litter. We were shocked at her coloring when she was born. She appeared to be chocolate sable and has changed drastically over the year.  She is living a wonderful and spoiled life in Alabama. She is now known as Adelaide-Addie for short! 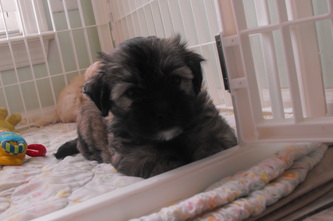 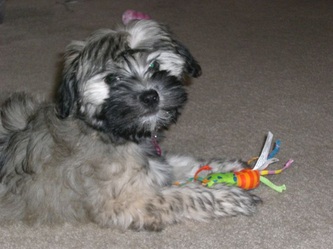 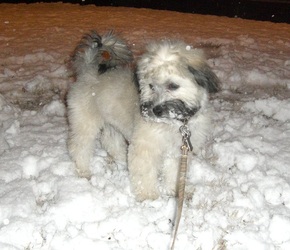 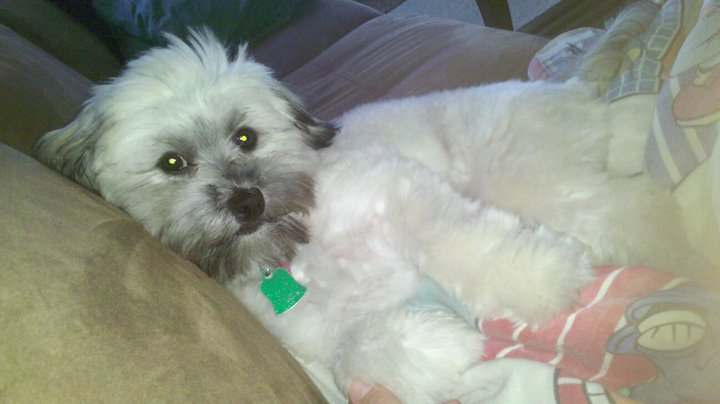 This is Addie living large in Alabama!
This was Adam from our October 2010 litter. I fell in love with Adam and almost kept him for myself! He was a loveable, smart and attentive puppy. I miss him still!!  Once I met his now owner, I knew that was the perfect home for him. He is living in Jacksonville, Fla with his German Shepherd big sister (Ninja). He is now known as Nooa (pronounced Noah). 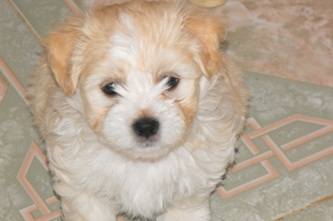 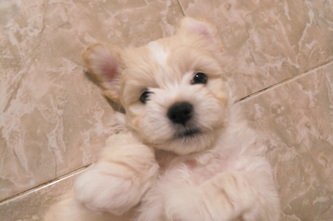 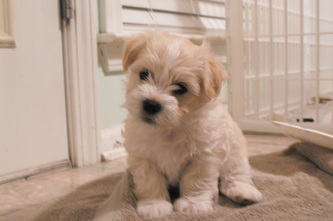 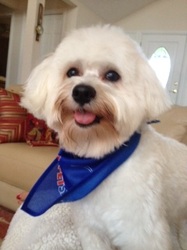 Please do not duplicate anything from this site without written permission